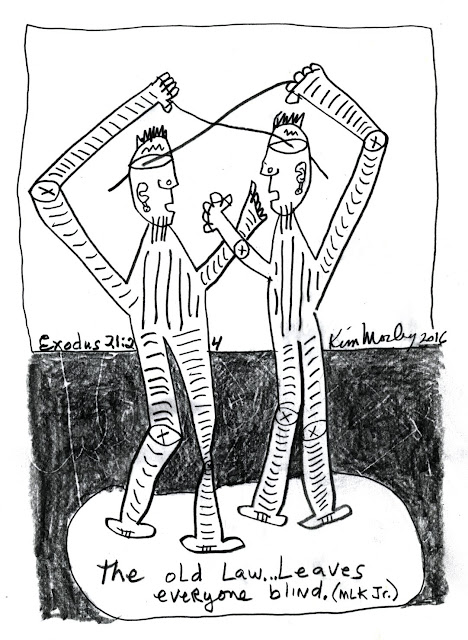 Is “an eye for an eye...” another expression of “don’t do onto others what you would not want them to do onto you” as Hillel said when asked if he could summarize the Torah standing on one foot.

There is a legal term, lex talionis, meaning that punishments should fit the crime in severity. It might not mean the literal meaning of poking out one’s eye who poked out another’s eye, but a punishment of equal severity.

The purpose in the Code of Hammurabi was to limit the punishment to the crime. We often, in this modern world, go to the other extreme, saying that poking an eye out is pretty mean. But, perhaps in comparison with what was done before, the law limits the punishment.

In the Sermon on the Mound, Christ says, “You have heard that it was said, “An eye for an eye and a tooth for a tooth. But I say to you, do not resist an evildoer. If anyone strikes you on the right cheek, turn to him the other also.” (Mt 5:38–39, NRSV)

He is saying, enough is enough. Perhaps he is suggesting a second stage of mercy. The first stage was “one eye for one eye,” making sure that the punishment wasn’t too great, and then Christ says that love is the best just solution.

Now we put a person in jail for such an act. We don’t put out their eye, but perhaps we do something worse.

Martin Luther King, Jr. said “The old law of an eye for an eye leaves everyone blind.”

With nuclear weapons, we would soon have total annihilation of the Earth if everyone followed suit.

Is the purpose of this law to make us think twice before we injure our neighbor? What is best? I don’t know.
Posted by Kim Mosley at 8:51 PM