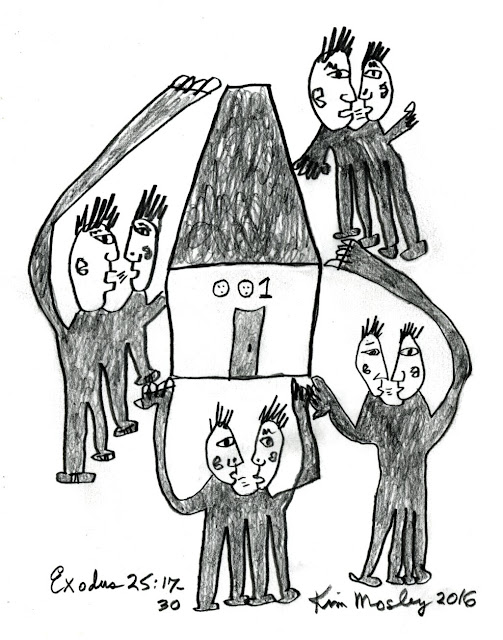 We most often have incomplete information.* We are told to do such and such, but there is a lot we don’t know. We might know the odds when we play roulette, but we don’t know how the Gods (or chance) will decide what numbers for the roulette wheel to land on.

One of the benefits of building the Tabernacle was that people were brought together to work on a very ambitious project. They weren’t working as slaves, but rather they were given the opportunity to make plenty of decisions. Just as there are two Torahs that I wrote about yesterday—the book and our lives—so there were Tabernacles—the portable temple and the building of a community.

Zen practitioners take on Soji, a period of mindful temple cleaning. My job on a particular day was to rake the gravel under the oak tree. I was a real newbie and stupidly asked, “how should I rake it.” I wanted more instruction, which I was given, “In a Zen way.”

So, now with more information, I raked the stones. Before long the bell rang and we returned to our cushions for meditation. I was “saved by the bell” as we said in school. But other times I was not so lucky. I was given incomplete information and then criticized for not doing it right. Butttt..... I’d say, to no avail. I did it wrong as the Israelites often did things wrong, and brought out the wrath of God.

The incomplete instructions for the Tabernacle were beneficial. Now the Israelites would have to work together to build their shrine, even if it wouldn’t have a permanent place for many years. And again, in the process, they would work together. They had a mission, and they were trusted to do it right.

In the same way, the laws that are given in the Torah were equally ambiguous and become great subject matter for endless debates in the Talmud. In the end, we shift from the authority of God to the authority of men. But the real authority becomes the individual and community who must decide in many cases how they will interpret the law. The commandment might say that one should honor their mom and dad, but it doesn’t say how. Did the Madoff sons honor their dad by turning him in? One could make that argument. In spite of Madoff’s imperfections, perhaps he raised his kids right.