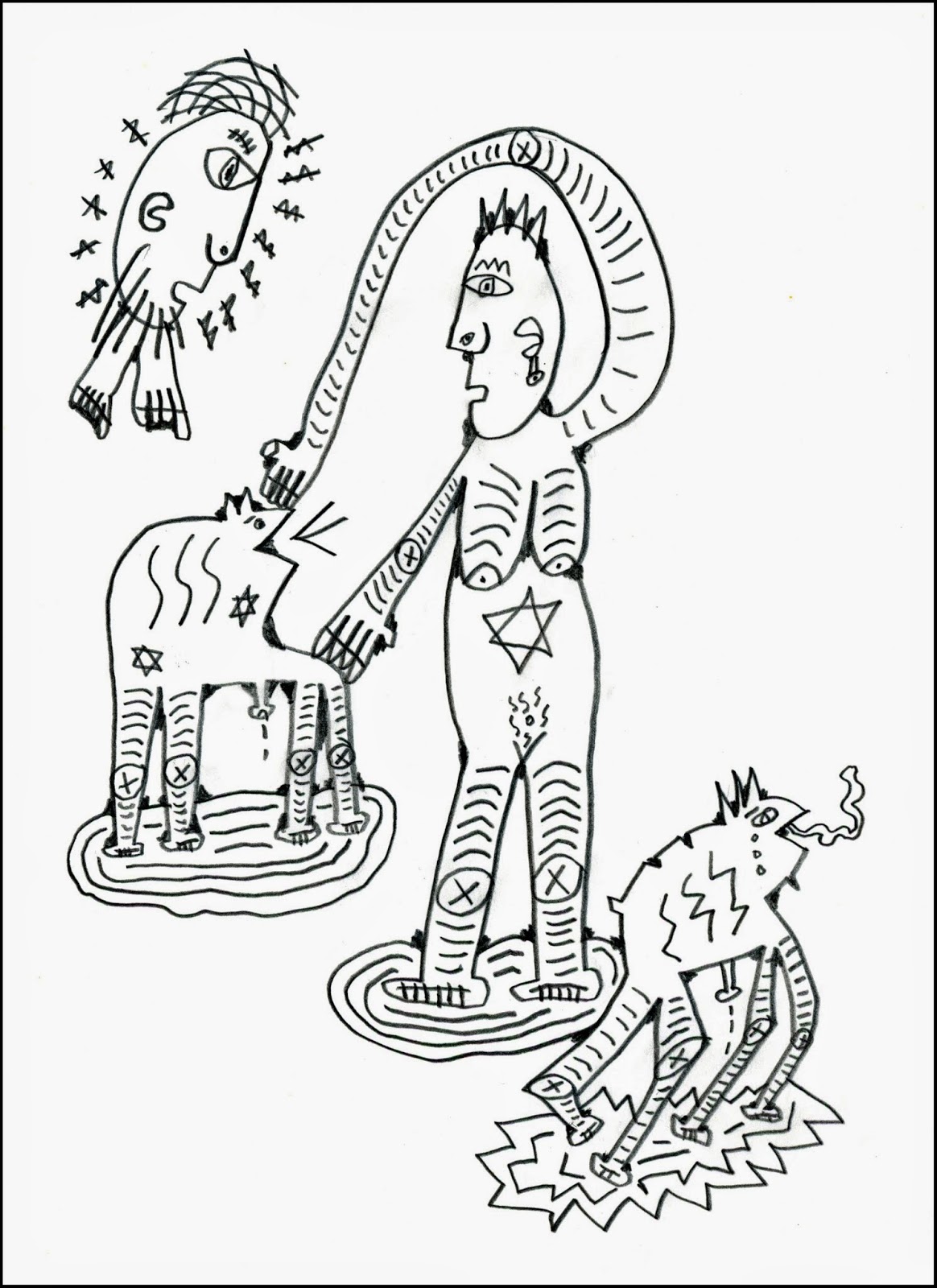 G_d says that the Jews should not follow the “practices of the nation that I am sending away from before you, for they committed all these [sins], and I was disgusted with them.”

Is the creator here disgusted with his own work?

Was God admitting his mistake or was he simply saying when he made something it has a life of its own, and he could not control that.

Why all the laws? Was it brilliant to create creatures that would not be on “autopilot” as I assume animals are (at least untrained/undomesticated animals are.

Again we have the “chosen” people: “I am the Lord your God, Who has distinguished you from the peoples.” But there is a contract (a covenant) that “you shall distinguish between clean animals and unclean ones ....”

In our Reform Torah, it says “...I have set you apart from other peoples to be Mine.” If I was shopping for a religion this certainly would turn me off.
Posted by Kim Mosley at 6:30 PM 1 comment: