It is curious that the Lord would care that people would believe in him. We think that leaders don't care if they are being followed, but in the case of the Lord this is not true.

It is curious too that G_d, who in this Parshat is said by Moses to be “slow to anger and abundantly kind, forgiving iniquity and transgression” would want to “strike them [the Egyptians] with a plague and annihilate them; then ... make you into a nation, greater and stronger than they.”

If I were to pick a G_d, it would not be one who would choose one people over another. Does the expression of this apparent injustice teach us what it feels to exhibit favouritism?
Posted by Kim Mosley at 9:12 PM No comments: 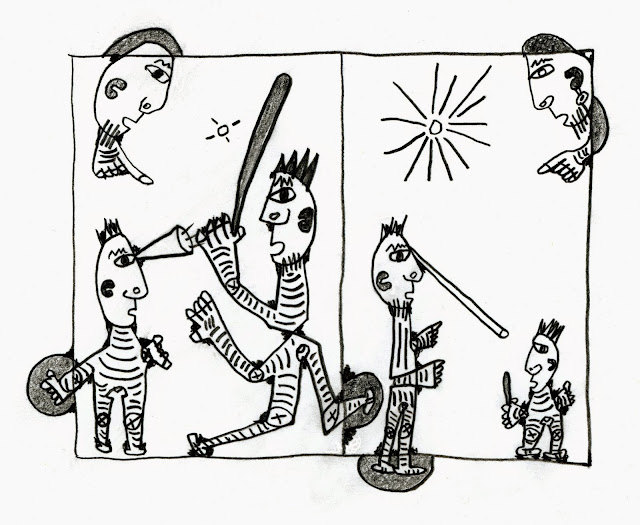 “The twelve spies went to Hamath to see if the Jews could move to this land. They return and report:

There we saw the giants, the sons of Anak, descended from the giants. In our eyes, we seemed like grasshoppers, and so we were in their eyes.”  —Numbers 13:33

On the other hand:

“6. Joshua the son of Nun and Caleb the son of Jephunneh, who were among those who had scouted the land, tore their clothes.

7. They spoke to the entire congregation of the children of Israel, saying, "The land we passed through to scout is an exceedingly good land.” —Numbers 14:6-7

One would think that if you had 12 spies and 10 gave one opinion and 2 the other, that the majority opinion would be correct. But it was not. Do we learn that fear skews our vision?

So many lessons here: Don't listen to others. Our perceptions are tainted by our fears. The truth is not always apparent. Often the lessons in the Torah are in showing us the results of poor behavior or advice.
Posted by Kim Mosley at 3:05 PM No comments: 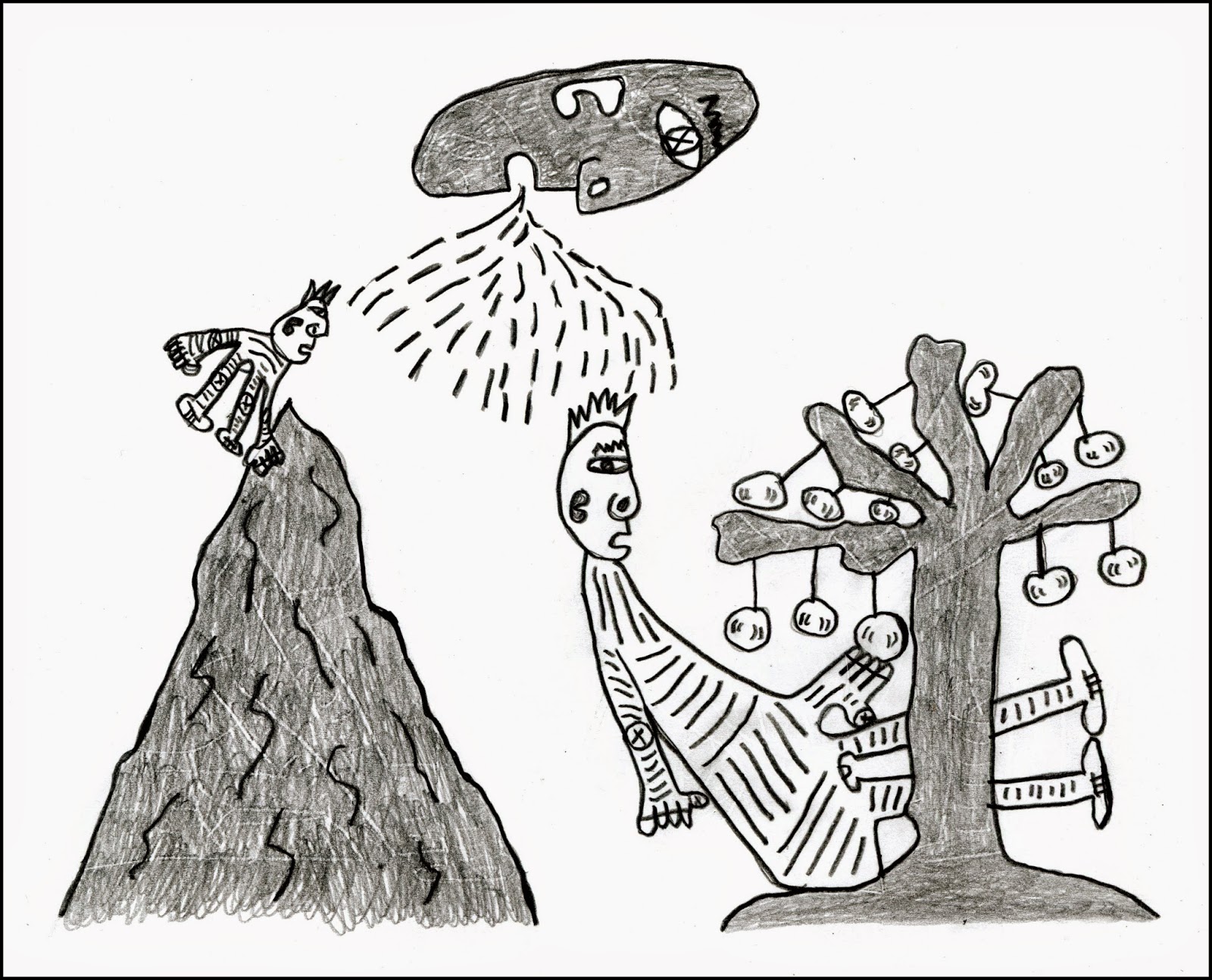 “Send out for yourself men who will scout the Land of Canaan, which I am giving to the children of Israel. You shall send one man each for his father's tribe; each one shall be a chieftain in their midst.” —Numbers 13:2

“Moses sent them to scout the Land of Canaan, and he said to them, "Go up this way in the south and climb up the mountain.” —Numbers 13-17

To me, this is about finding one's place in the world. And it is also about our tendency to not see things as they are, but rather as we fear or wish they might be.

Joshua is called to scout as well, and, according to Sotah, Moses prays, “May God save you from the counsel of the spies.” Joshua is warned in the prayer that he may not want to listen to others, but rather to make his independent judgment. So Moses suspects that the spies reports may not be reliable.
Posted by Kim Mosley at 1:00 PM No comments: 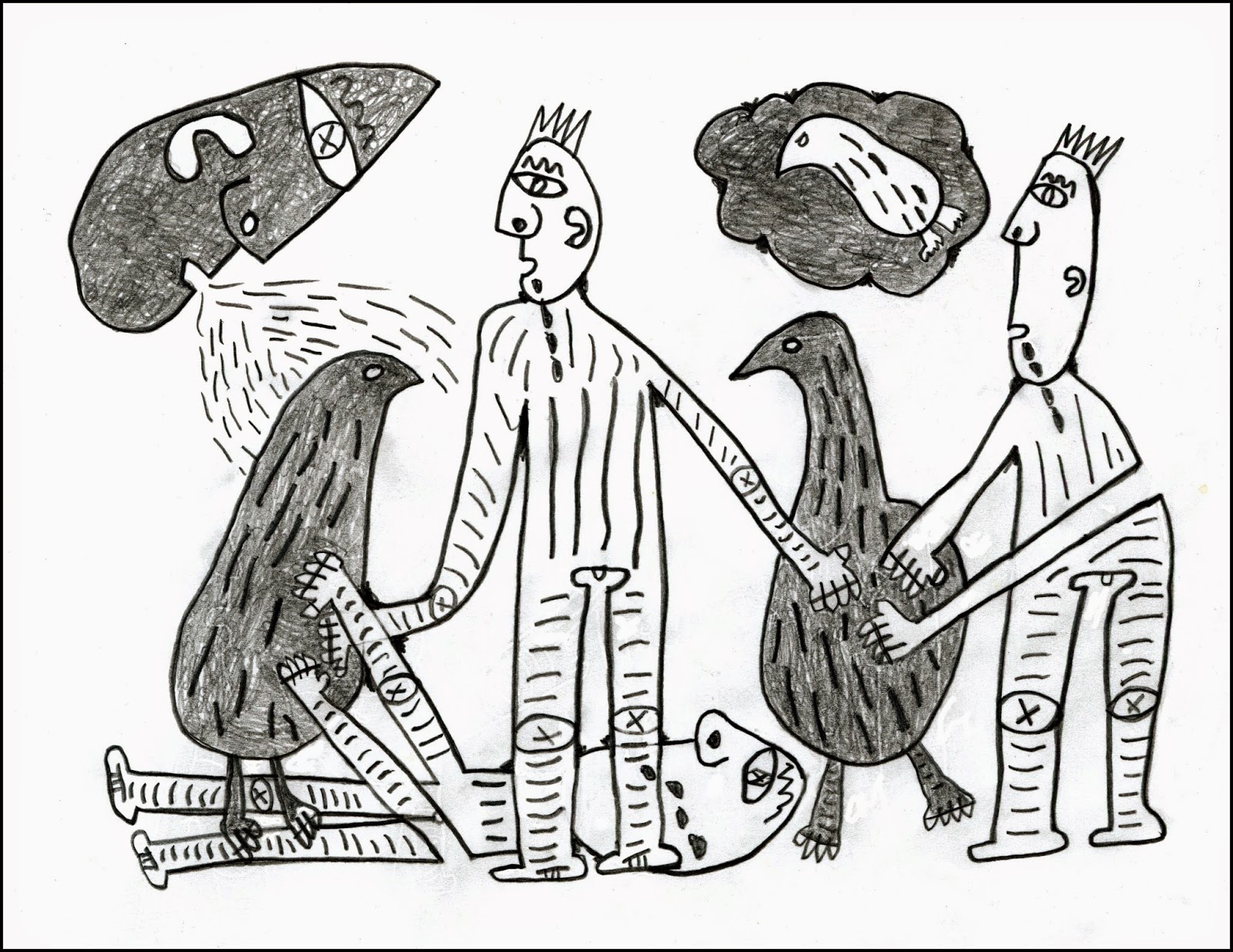 The people ask for meat, and God sends them quail from the sea. And the quail are at chest height so that they can catch them easily. And some of the quail kill the men, for God is angry at their craving.

In the next chapter, we discover that Miriam and Aaron spoke against Moses because he married a Cushite woman. Miriam learns about this inadvertently, but by relating what happened innocently is still punished for criticizing Moses. Aaron intentionally criticizes Moses which was worse. God gets mad at Miriam and Aaron, and causes an affliction (tzara'ath) on Miriam. Moses cries out to God to heal her. She was confined outside the camp for seven days and then could return.

Lessons: Don't speak poorly of another, even by accident.

And don't complain when you are released from slavery because you don't have meat. Take what you have.
Posted by Kim Mosley at 8:29 PM No comments: