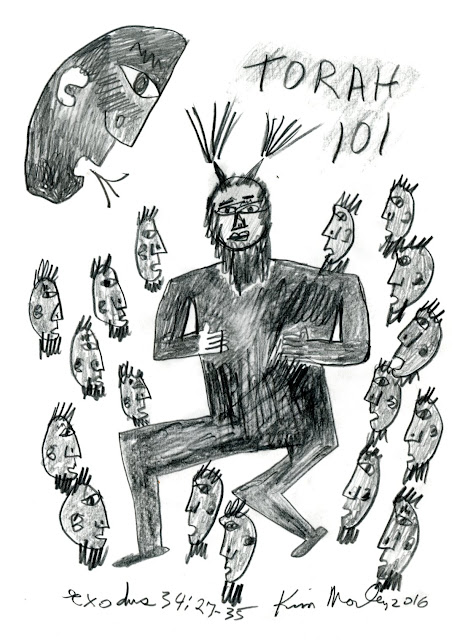 This is a beautiful chapter about enlightenment and teaching.


“And it came to pass when Moses descended from Mount Sinai, and the two tablets of the testimony were in Moses' hand when he descended from the mountain and Moses did not know that the skin of his face had become radiant while He had spoken with him. (Exodus 34:29)”

It is interesting to me that the Hebrew word for radiant means horns. Michelangelo depicted the radiance as horns. My wife said that she learned in art history that Michelangelo was mistaken depicting them as horns. Luckily, I slept through those 8am classes, and didn't get misinformed. 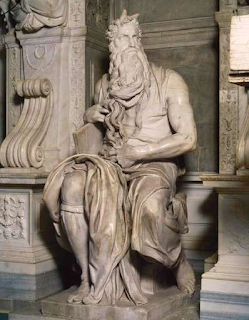 When Moses taught the chapters of the Torah, he first taught Aaron and all the princes of the community, then the children of Israel would draw near. We saw earlier that children meant male Israelites who would go into the army. There was a succession of different people who'd come as the teaching proceeded so some heard it multiple times.

We see here a little educational theory suggesting that Moses had learned the benefit of repetition. Or was it that ordinary people were slow learners and needed to hear it more?
Posted by Kim Mosley at 8:40 PM