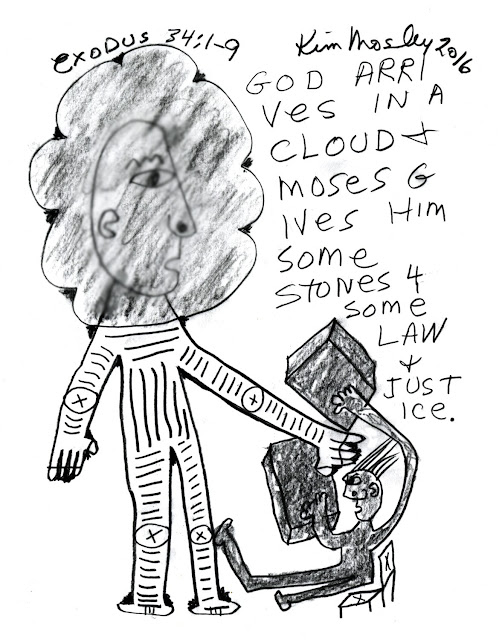 And the Lord descended in the cloud and stood with him there, and He called out in the name of the Lord.” (Exodus 34:4-5)

This is such an important moment for Western Civilization. The people are ready for the laws, and Moses is going to get them. The Lord will join the people, not as a man, of course, but as a spirit. Moses prostrated himself, recognizing this awesome moment where God both gives the laws and will soon join the people in the Tabernacle.

I think “commandments” is a bad word choice. The laws form a covenant with God. God is not a dictator telling us what to do, but rather, she gives us a choice. She says, “Obey these laws and I will dwell in your midst.” We can choose otherwise and many people do. But we have another choice as well. We can be in her midst.