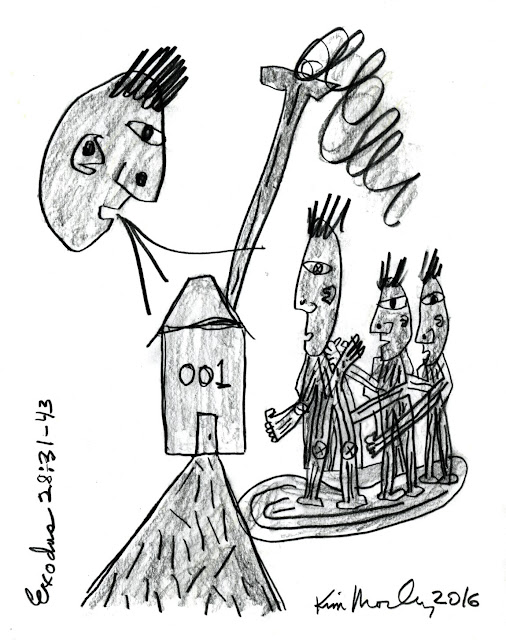 If you don’t do it right you will die.

We should remember that Judaism was not a religion at the time of the Torah. That came when Memonidies introduced Aristotle or Neo-Aristotelian thought in the 12th century and there was uncertainty—essential for belief. What we read in the Torah was taken as fact, as we took as fact what we read in science textbooks in high school.

“They shall be worn by Aaron and by his sons when they enter the Tent of Meeting or when they approach the altar to serve in the Holy, so they will not bear iniquity and die. It shall be a perpetual statute for him and for his descendants after him.” Exodus 28:43

I and others are struck by the penalties for incorrect temple behavior. We live in a relatively permissive country (unless you are a jaywalking African-American). The Torah is not that world. We are meant to take God's commands very very seriously. A little mishap can mean a severe punishment. Moses hit the rock rather than talked to it to get water, and he was prevented from every getting to the promised land. Worse, Aaron’s two son, who inappropriately made an offering, were consumed by fire.

Why was/is it so important to do the right thing? I wish I had a good answer. Certainly doing a job well is how we make the mundane into the sacred.

Imagine proposing to a woman you wanted to marry, and text messaging a friend at the same time. That would be making the sacred mundane.
Posted by Kim Mosley at 8:58 PM