“You know the people, for they are disposed toward evil.”

And they took their gold and threw it into the fire ... and a goat came out ... and this was a graven image—a great sin. “They have made themselves a G-d of gold.”

Why should G_d not want any graven images? Perhaps because when we quantify G_d we reduce it to something smaller that we are.

So the people were struck with a plague. God was furious.

I'm very uneasy when others are furious, yet I get furious as well. Emotions are supposed to last ninety seconds. Mine seem longer. I only saw my dad angry once. My mom got angry a lot.

Moses stood up to G_d, as one would to a friend. I read something that this may have been his greatest moment. I love that ... a religion where G_d knows it's out of control so it sent an angel down until it could cool off ... and a G_d that encouraged civil disobedience. It could not tolerate us breaking the rules. But it could tolerate us telling it that mass destruction didn't fit the crime.

I put G_d in all my drawings. I guess, knowing that this is a no-no it excites my contrary nature.

I wonder if Mark Rothko made abstract paintings (in his mature period) because of this law about making graven images. 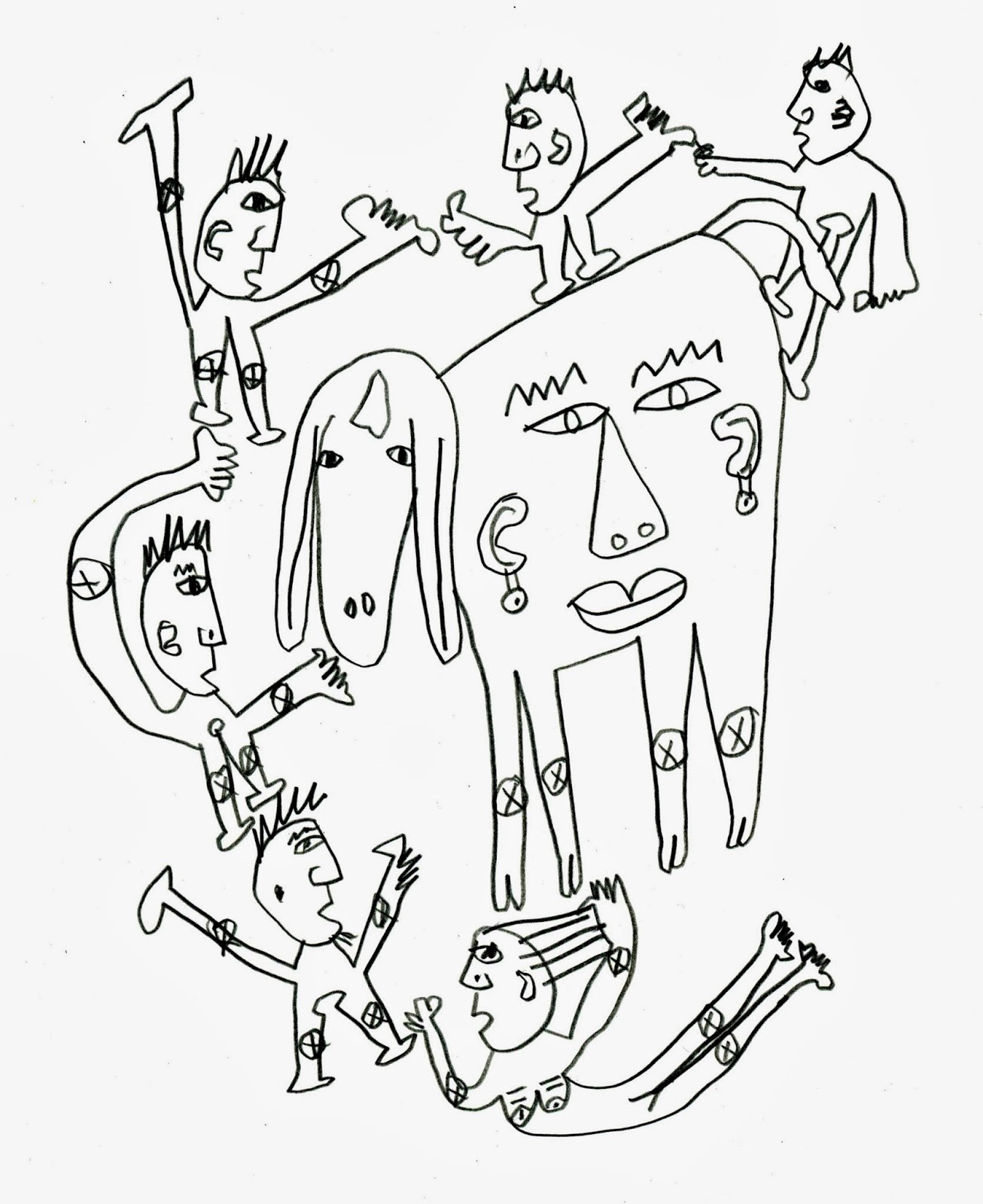