A number of thoughts come from this portion ... but before I delve ... I've been hearing various arguments for years about whether religions are the same or different. One Zen priest wrote to me on Facebook that they are all different comic books, and they all say the same thing. Another Zen priest said that no, they are different—Zen is not like other religions. I asked a third Zen priest how does one hear these opinions and not attach themselves to one view or another. Zen people like to preach that one should have no preferences. He said something that I thought was pretty cool ... to not even have a preference about having some preferences or no preferences. That seemed to give me a little peace.

I suppose it is important, when making a sacrifice, that we give up something that is either expensive or that we love ... or both. So it must be with oxen and rams. Some religions, like Buddhism, would not sanction the killing of an animal. And with our contemporary consciousness about wasting resources (and polluting the air), we would not consider this parshah to be environmentally conscious. But these are different times, and the Jews no long make animal sacrifices. I say animal because modern Jews (and others) sacrifice all kinds of things ... money, time, and even the sharing of knowledge. Some people would cut off a finger if it would help another human being.

Obedience seems to be an overriding theme of this parshah. How much will someone do to become a servant of G_d? And during the sacrificial ceremony they focus all their attention on the details so they don't have a chance to question.

Obedience makes some sense to appease a "supreme being," one who monitors our behavior and controls the world. But if we imagine a Kabbalah G_d that is in everything then obedience makes a little less sense, for we'd be obedient (only?) to ourselves.

Yikes, that sounds good. With self-discipline we honor ourselves and all other things, since we are so interconnected. 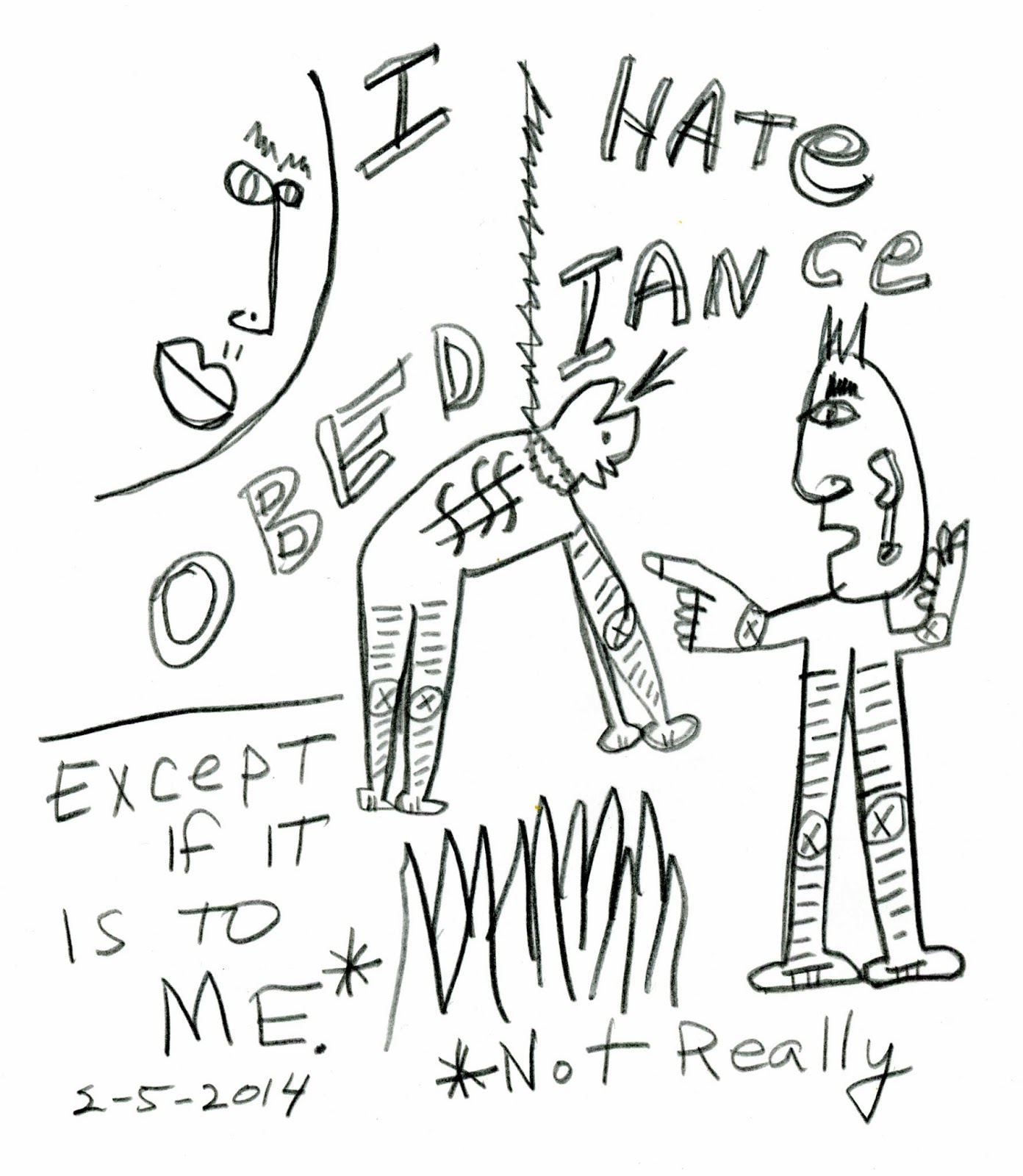