Moses did not know that his face was radiant after inscribing the stones with the covenant. After he came down the mountain, he covered his face except when he was talking to his people ... or to the Lord.

The people were afraid of him ... but finally they came to him and he told them everything that he had been told by the Lord. Rashi said that they were afraid of the radiance since they had sinned by making the golden calf. Before that, they had seen the fire coming from the mountain top (Exod 24:14), and they were not frightened.

After talking to his people, Moses put the veil back on his face.

We have a hard time talking to famous people. I've had opportunities and most the time blow it. It is a challenge for me, and probably for others. We'd say, I'd love to spend an hour with so and so ... but given that opportunity, we might be speechless.

G_d had told Moses to bring the stones and that G_d would do the inscribing ... yet, here it says that Moses did the inscribing. One of many contradictions in the Torah.

If I had any brains, I'd quit reading the Torah and find myself two stones and carve the commandments on them. 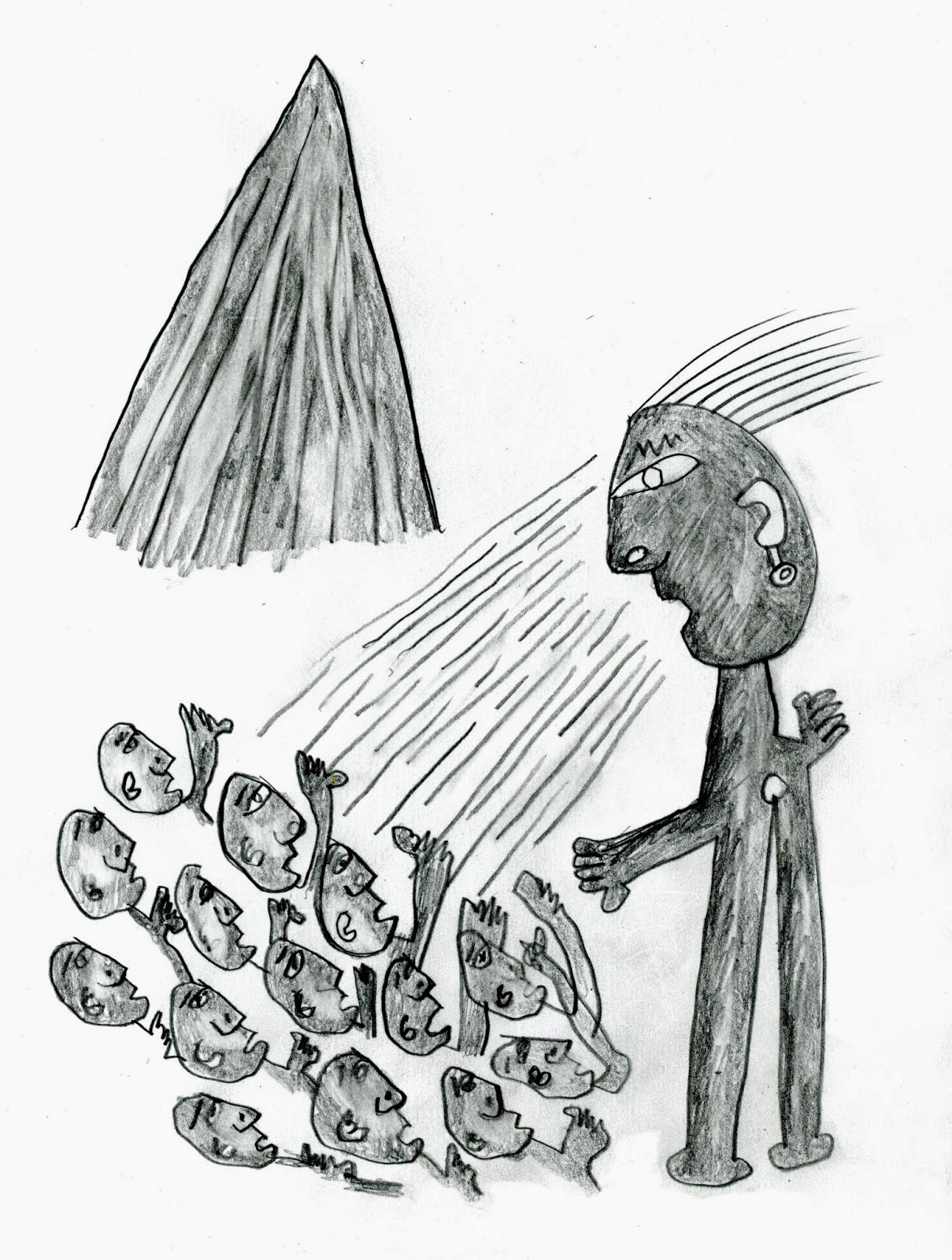