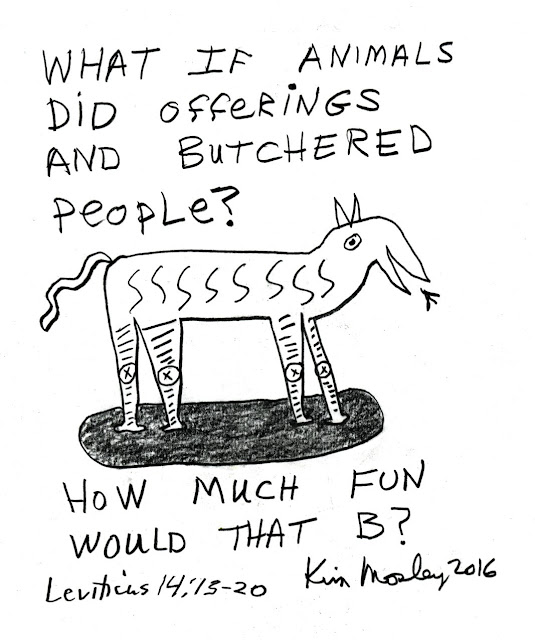 “He shall slaughter the lamb in the place where one slaughters the sin offering and the burnt offering, in a holy place. For regarding the kohen['s service], the guilt offering is like the sin offering. It is a holy of holies.” (Leviticus 14:13)

A couple of things to address here. What is the difference between a guilt and sin offering, and what is the deal about slaughtering animals?

What's interesting is that tzara'ath demanded a guilt offering.

“And the kohen shall take one [male] lamb and bring it as a guilt offering, along with the log of oil, and wave them as a waving before the Lord.” (Leviticus 14:12)

Having the skin disease was a threat to the “...holy of holies.” This makes the word “trespass” fit well here. Aaron's sons also likely trespassed in some way and God killed them with fire.

The animals are not slaughtered and left to rot. They feed the priest and family. The Jews were especially careful that the animal would not unduly suffer. I'm curious if they believed that an animal who gave their life (not willingly, I'm sure) for an offering would be particularly blessed because its life had an important purpose.