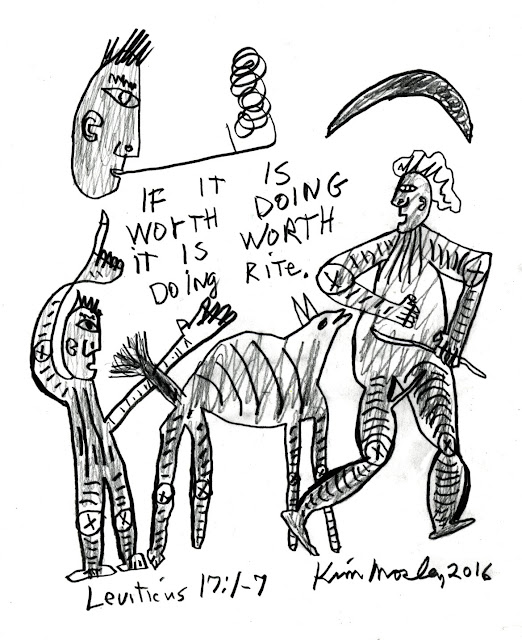 The story here is that there should be a statute that you should not make offerings anyplace but the Tent of Meeting. If you do so, you'll be making sacrifice to the satyrs (woodland gods of Greek and Roman origins). You'll be breaking the commandment of worshiping other gods.

It is important in Judaism that you do not study alone. Mistakes can be made, as I often do.  Doing sacrifices on your own incurs a similar problem. Doing the sacrifices in a proper place and time helps to insure that it will be done correctly.

“Any which way” will not suffice. This gets into the territory of an involuntary transgression, where we aren't mindful and the good intentions lead to bad outcomes.

My wife asks why bother with any of this stuff about offerings when we aren't going to do them? What difference do they make now?

It was hard to explain, given the noise of the popcorn popper, the faucet running, and the TV on. But I'll try here.

In a sense, only some spaces are sacred. And, looked at another way, all spaces are sacred. And, one more way, no place is sacred. Maybe it is our faith that makes our spaces sacred. In any case, doing an offering out in the woods is messing with dangerous territory, whether it will be worshipping satyrs or another involuntary (or voluntary) transgression.