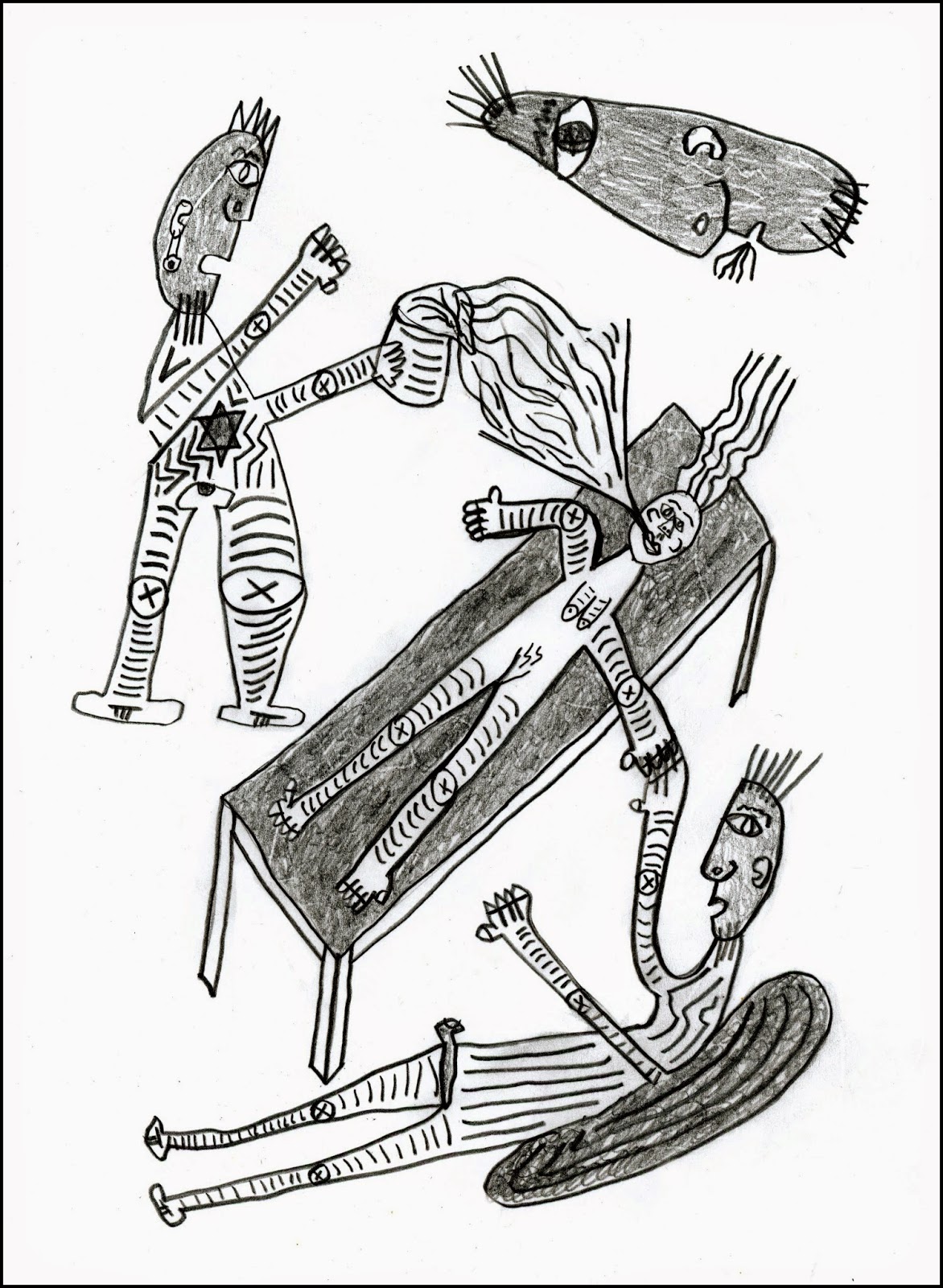 18. Then the kohen shall stand the woman up before the Lord and expose the [hair on the] head of the woman; he shall place into her hands the remembrance meal offering, which is a meal offering of jealousies, while the bitter curse bearing waters are in the kohen's hand.

19. The kohen shall then place her under oath, and say to the woman, “If no man has lain with you and you have not gone astray to become defiled [to another] in place of your husband, then [you will] be absolved through these bitter waters which cause the curse.

20. But as for you, if you have gone astray [to another] instead of your husband and have become defiled, and another man besides your husband has lain with you...”

21. The kohen shall now adjure the woman with the oath of the curse, and the kohen shall say to the woman, “May the Lord make you for a curse and an oath among your people, when the Lord causes your thigh to rupture and your belly to swell.” —Numbers 5:17-21

When I showed my drawing to my wife, she was furious that any religion would do such a thing. It certainly reminded me of the Salem Witch Trials.

I wonder whether what we are seeing is much more humane than was the custom by others. Perhaps in other societies if a man suspected that his wife was cheating on him he could just throw her over the cliff. At least here she has a possibility to prove her innocence. Given it isn't what we think is a just trial. Nor do we get the impression that if a woman suspected that her husband was stepping out on him that he'd have to go through the same ordeal. That equality (if it exists) was slow to come.

I'm curious what kind of mechanism the Jews believed would determine whether the woman would survive this ordeal or whether her thigh would burst from the concoction? Would G_d protect her? If not, did they believe her guilt (if she had been a cheat) would have done her in?

Do we blame Judaism for what might have been a leap forward in justice for women? As primitive as the “test” sounds today, I suspect it was quite a leap forward.
Posted by Kim Mosley at 8:50 PM