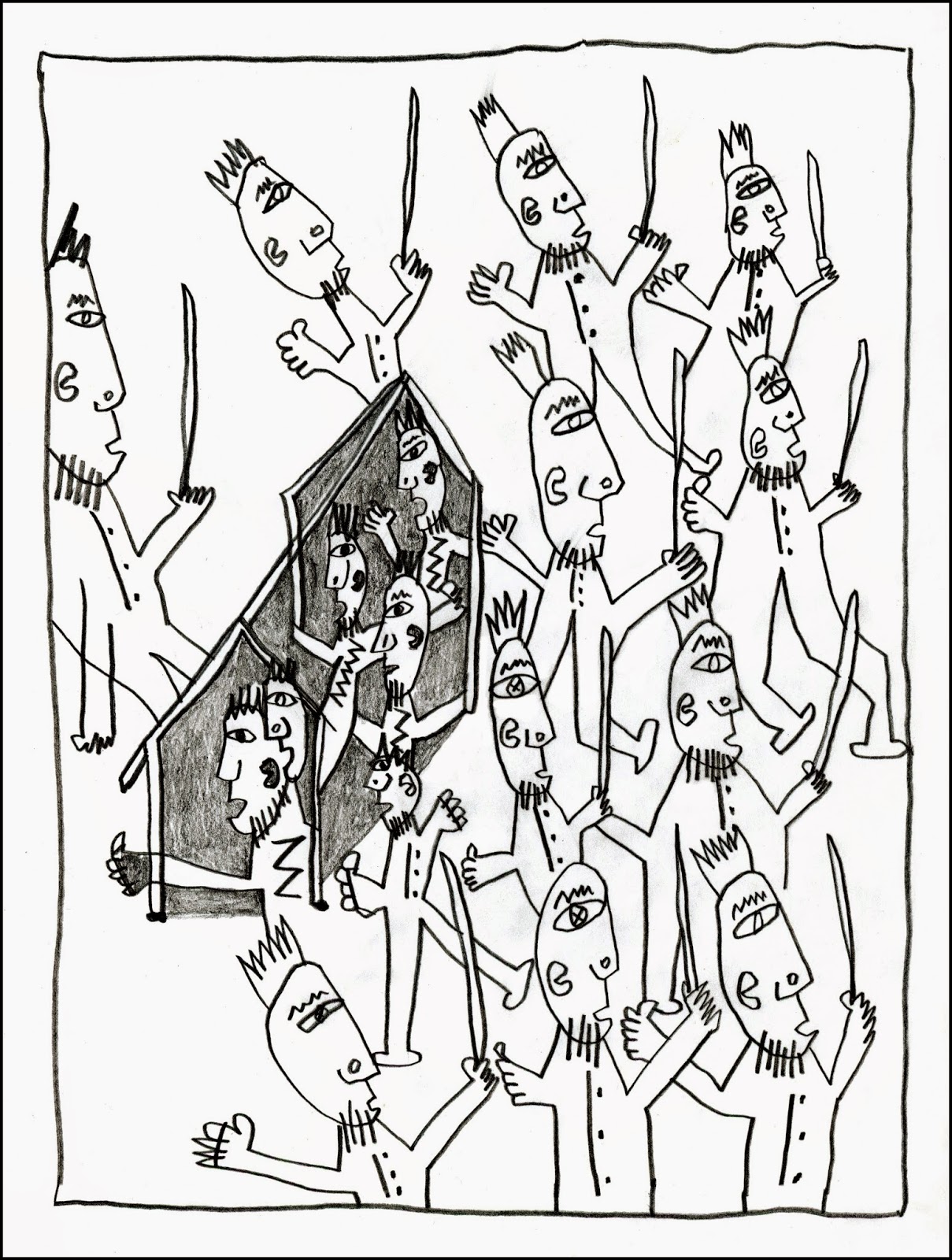 In this portion we learn more about the census. Only the males over 20 are counted, for they were the ones ready to go into the army. They were going to be led into the desert to fight, almost as if they would be led to a death camp, for they were part of those who sinned by making the golden calf.

The Levi clan, on the other hand, was not counted because they did not sin with the golden calf. And they had a job to do: they would assemble and disassemble the Tabernacle as it was moved through the desert.

Funny that those with the most important job were not counted.

This portion ends telling us that the children of Israel did as they were told. This indicates that they were growing up and realized the power and the wrath of the Lord.
Posted by Kim Mosley at 8:59 PM