Leviticus 10:12 speaks of Aaron and his surviving sons. Rashi reads "surviving" as escaping a sentence of death. He refers back to the wrath of G_d because the sin of the Golden Calf. As the story continues, we see a different G_d who is now merciful. He has commanded Moses to tell Aaron that he should sit down with his sons and daughters, and enjoy the remains of the offering. These are peace offerings for the children of Israel. So we are seeing the G_d now that loves unconditionally, after he wrathfully struck down Aaron's two other sons.

Stories. Sometimes I feel like I am a sucker taken in by stories. I remember reading a book review in the NY Times where the critic criticized a book because it took her in. She lost herself in the story, she complained.

Aaron's sons overstepped their bounds in the temple and got zapped to death by a foreign or alien fire. When I was a kid my cousin died by such a fire, though he was just performing his choir of burning the garbage.

Things happen. As sorrowful as they seem at the time, we don't really know if they are good or bad or neither. There is a Zen story about a man who loses his horse (bad), but the next day the horse comes back with a second horse (good). Then his son rides one of the horses and breaks his leg (bad). The following day the army comes to recruit the boy and they reject him because of his broken leg (good). I'm seeing these events...seeing these stories...as part of a continuing and interrelated chain of events.

After Aaron lost his sons, he sat silently. At that time Jews would wail for a number of days.When my father from Beirut was two or three and his father was killed in an explosion, his mother wailed and wailed without stopping. Some commentators suggest that because Aaron acted as he did G_d finally spoke to him.

My rabbi teacher talked to me about reading today, He suggested that one needs to read very carefully and find clues that suggest meanings. I thought tonight about the story of the Zen student who changes teachers and finally in shame gives her first teacher the tip of her pinky. At first I understand stories from my own experiences and think, “This is no big deal. I've been changing teachers almost daily.” When I placed myself into the time and place, I start to get an inkling of what might have "gone down" and for what reason.

Did Aaron's sons really die, or did they just die in Aaron's mind because they messed up in the temple? Did I mess up four or five times tonight in the Zen temple because I discussed with my rabbi teacher about messing up? How do I respond when I do the wrong thing? What can I learn from Aaron or from the Zen student who lives with unbearable shame? 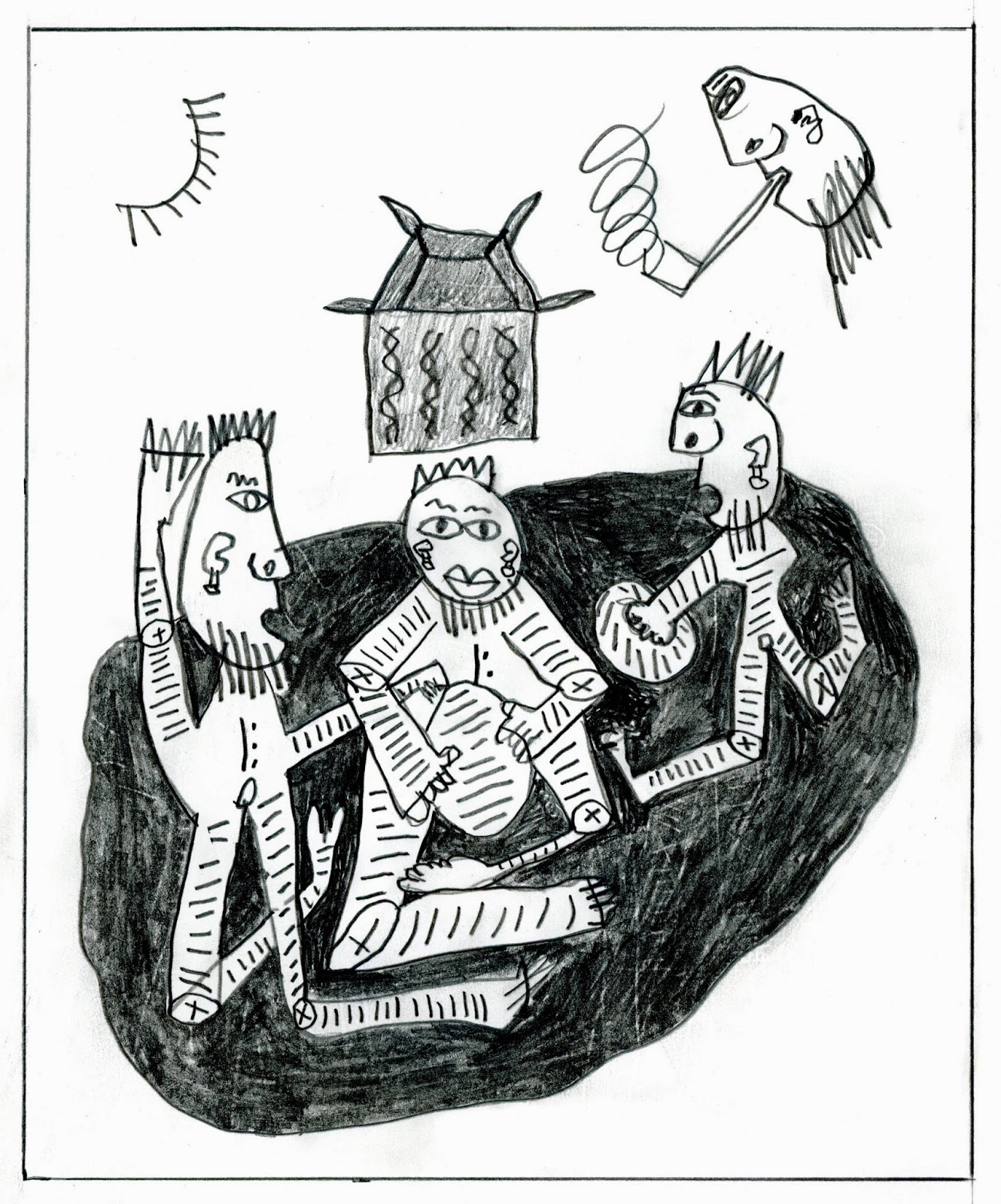