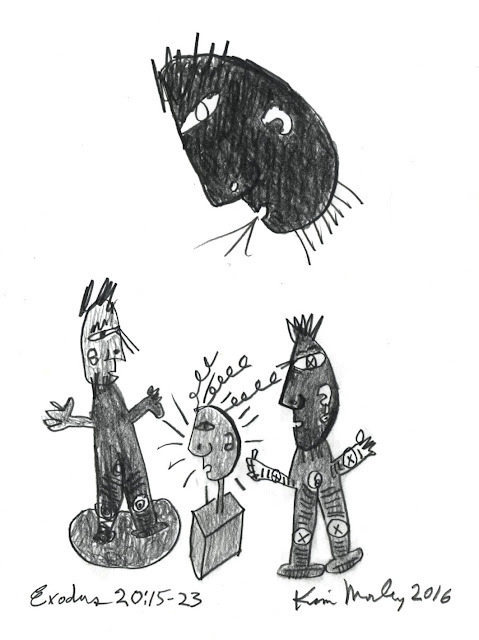 One should not study the Torah alone. “Two are better off than one, in that they derive greater benefit from their efforts. For if they should fall, the one will raise up the other, as opposed to if one falls when there is no one to raise him.” —Ecclesiastes 4:10-11 The risk of making a mistake is too great. My friend, N, questioned whether there is a wrong reading if we allow ourselves to see what we wish in the text. That is why we should study together. It is harder to convince someone else of what you think you are seeing than to convince oneself.

I’ve made it a life long study to see if one can become a photographer without a teacher. There might be examples, but they are rare.

I read recently that naive or folk artists actually learned their craft/style from someone else. They didn’t work in a vacuum.

Having said that, I’ve been feeling bad about doing my Torah study alone. I started out with the Jewish calendar for studying the Torah. Every week we study a particular parshah. I understand the calendar was developed in the 13th century. But I ended up skipping a few... and then almost a year and a half... and now I’m a half of a year behind.

I’ve also grown in terms of my still meager understanding... and also have come upon some visual ways of representing the Torah after doing 150 drawings. So I’m going to start today on the portion of the parshah that I should be on (using Chabat.org as my guide except when it deviates from the reform calendar).

I don’t make images of God with silver or gold, but I certainly draw God all the time. From Michelangelo to William Blake to Marc Chagall we find images of God.

So what’s the deal? We often strangle and misrepresent objects when we define them. As D.H. Lawrence wrote, we take experiences and make them into ideas. We tend to worship the representation rather than the more etherial experience. Where one is limiting, the other is limitless. Where one can be understood, the other can just be felt. No wonder the children of Israel think that they will die if they see God. Or perhaps God will die (as Nietzsche said) if they see God.

This poem by William Blake is about graven images in a sense. It is about defining love, which is compared to the gentle wind that moves silently and invisibly.

God is often represented to children with such clarity that they quickly realize it is a joke. Then they grow up, unable to appreciate the “gentle wind” ... something that can’t be articulated.

My three year-old grandson was trying to push his bike up a hill. I told him a line from a poem, “are there stones that hurt your feet” because he was having such trouble. He said, “but there aren’t any stones.” I said, “They are just a metaphor.” “Oh,” he said, “I see.”

And here's what I wrote/drew a couple of years ago: http://kenshinsbarmitzvah.blogspot.com/2014/01/parshat-yitro-7th-portion-exodus-2015.html