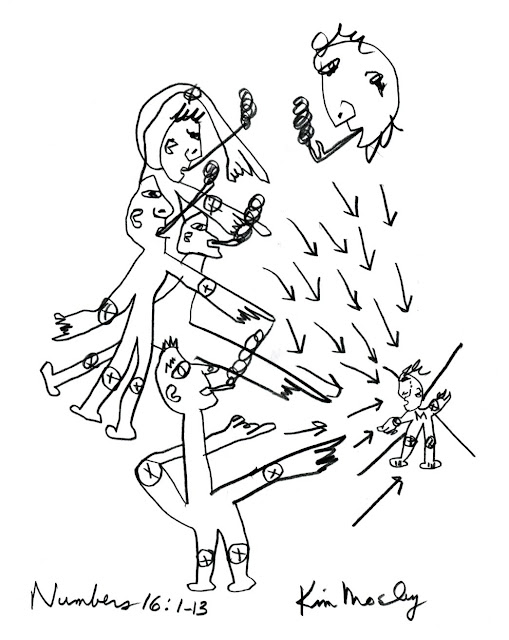 “Is it not enough that you have brought us out of a land flowing with milk and honey to kill us in the desert, that you should also exercise authority over us?” (Numbers 16-13)

Between the efforts of Moses and God, the Israelites had received their freedom. Yet they are complaining because they remember the benefits of Egypt but not that they were slaves. It reminds me what a dean used to say to us, “Careful what you wish for.”

Having gratitude is more a state of mind than the result of being the recipient of milk and honey. Some people have all they wished for and complain. And others have nothing and are happy.

They didn’t complain when Moses led them out of Egypt. But when they didn’t immediately go to the promised land, they were bitter. They questioned his leadership because they didn’t get what they wanted.

Giving people what they need and what they want are very different. The people were immature and only believed in God and Moses as long as they were getting what they wanted. The lesson here it is when things aren’t peachy when faith is tested... When the wheel hits the road, so to speak.

Moses’ authority came from God. When they question Moses, they really are questioning God.

As the Israelites mature, they hopefully will believe in God and follow Moses even when faced with obstacles and hardships.
Posted by Kim Mosley at 8:03 PM