41. And if he loses his hair on the side toward his face, he is bald at the front. He is clean.

There are three leprosies. Body, garments, and home (food). If you don't eat kosher, your body will become unhealthy.

Leprosy, according to Rashi, comes because of transgressions. (Though other commentators says that the bad stuff that happens to us isn't because of the stuff we do.) This seems like a contradiction.

I put in the drawing women to touch the man's skull because the kohens said that he was clean. There should be more women in the Torah. They deserve equal time. 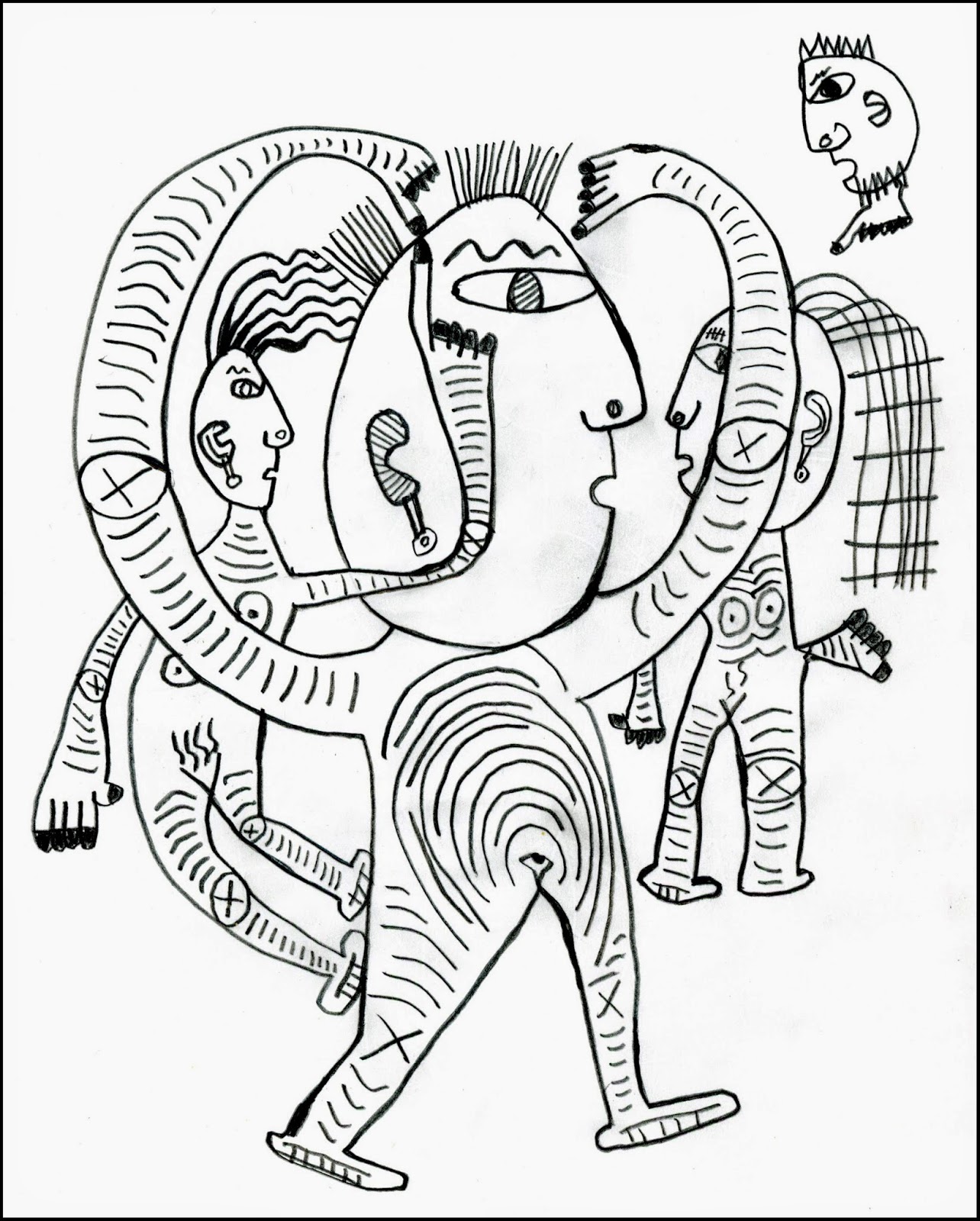