Ben wrote and asked if I was a Jew. My grandpa promised me a Jaguar if I married a Jewish girl, and my relatives all thought of themselves as Jews. I asked my kids not long ago if they thought I was Jewish and they said "no." I discussed with the Rabbi today the fact that I believed in none of Rambam’s thirteen principles of faith, and he laughed, saying that it was a song ... and adding that he didn't either. Then I started thinking about Coleridge's "willful suspension of disbelief" and when I don't think about it I probably do believe, and then my rational mind chirps in, "what are you thinking, boy." I thought too about how someone once told me that Existentialism was best expressed in stories. A friend claimed that I wasn't spiritual ... somewhat probably responding to my rational atheist mind. But I don't think the rational atheist mind is the mind that has done my art, or been friends with people, or done much of anything.

And then there is my father who didn't want to give preference to any group. He was liked by the Arabs, by the Christians, and by the Jews.

Now to the Torah portion. God will not visit the people because they will sin. So he sends a messenger. Here it describes two temples—the temple on earth, and the temple in heaven.

God tells Moses that if the people do as they are told he will "hate your enemies and oppress your adversaries." If being a Jew meant that I admired a God who didn't love all people equally ... well then, I wouldn't want to be a Jew. If my God said that he'd destroy people (as in "I will destroy them") ... well then, I would not be a Jew.

Moses is told, "you shall not prostrate yourself before the gods, and you shall not worship them, and you should not follow their practices." All crazy stuff ... implying that the Jews had one G_d who wasn't a G_d for all people.

How would G_d make good on his promise "and I will remove illness from your midst"? Was God the first of the very slick traveling salesmen? Surely people would discover that their illnesses did not go away, despite the fact that they did as they were told by G_d via Moses. 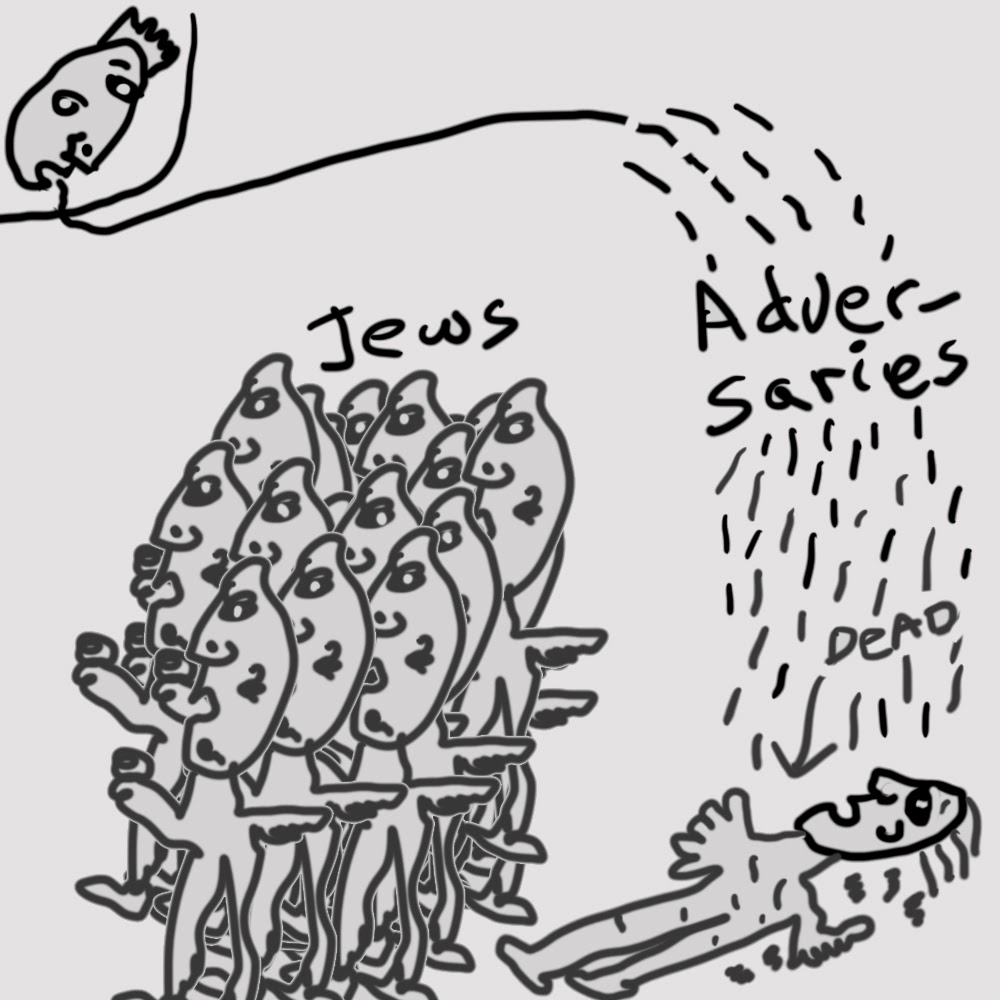