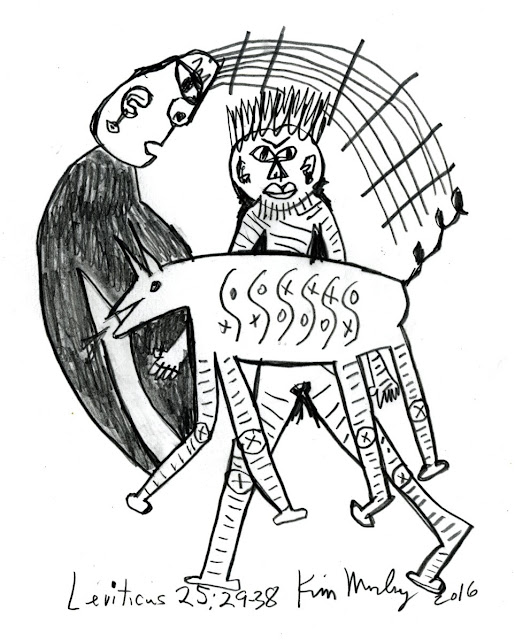 “If your brother becomes destitute and his hand falters beside you, you shall support him [whether] a convert or a resident, so that he can live with you.” – [Leviticus 25-35)]


“Do not allow him to fall down and collapse altogether, in which case it would be difficult to pick him up again [from his dire poverty]. Rather, “support him” while his hand is still faltering [for then it is easier to help him out of his trouble]. To what can this be compared? To a load on a donkey-while it is still on the donkey, one person can grasp it and hold it in place. Once it falls to the ground, however, [even] five people cannot pick it up.” - [Torath Kohanim 25:71]

It was interesting to discover that brother (Hebrew: ach) can mean another, relative, fellow, companion, brethren. So where the word fellow meant Jew, the word brother could include anyone. See: http://biblehub.com/hebrew/251.htm

Here is a maxim that it is better to help someone before they have hit the bottom. I suspect it is sometimes true, and sometimes false. In any case, it is clear that the meaning is that you should help your fellow man (or woman).

If anyone had any doubt that Jews are told to help all people, they should see from this that they are commanded to do so. Generosity, in this context, is something that you “shall” do because it is a commandment. Here are the 613 commandments that Rambam (Maimonides): http://www.jewfaq.org/613.htm (Though, for some reason, Rambam missed this one.)

All the Mitzvah's (commandments) are equally important because as humans we don't know how God weighs one against another. This suggests that it is important to do them all, no matter how trivial one might seem.